After the massive success of Shadow Fight, NEKKI continued to release the mobile version of Shadow Fight 2 on May 1, 2014. Years later, the developers ported the game to the desktop and finally to Nintendo Switch and other handheld devices in 2018. Being a game that has stayed on the market for so long, Shadow Fight 2 Special Edition Mod doesn’t require too much to play; As long as you have a 4.1 Android version and above, you are good to go.

The game received a 4.6 total rating from 14 million users with well over 100 million downloads. The last update was on December 16, 2020, which is not long before this review. With its huge popularity, the game will undoubtedly be renewed with new features and items.

Our protagonist, known as “Shadow,” accidentally opens the Gates of Shadows and loses his true body during his quest for a worthy opponent. All the demons are then released to the living realm, and it’s up to Shadow to imprison all the demonic creatures once again. 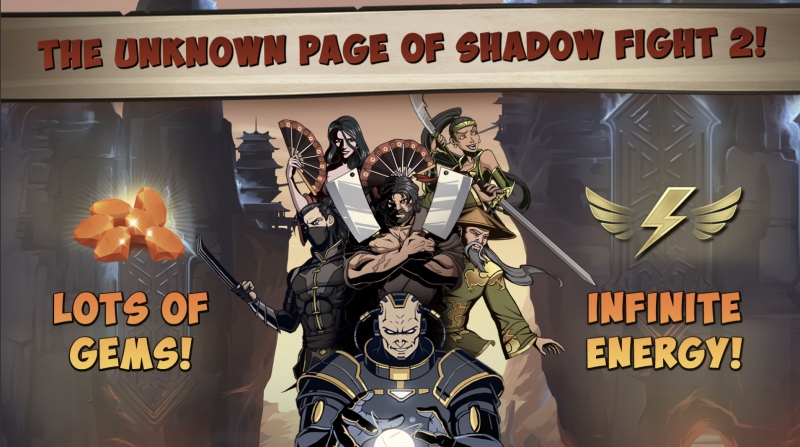 On his journey, Shadow follows the instructions of his master and slowly regains his shadow power. The shadow renders him immune to physical attacks while allowing the use of special shadow abilities. With that newly discovered power, our protagonist is ready to take on the evils and reclaim his body. Will Shadow overcome the strongest demons and seal the Gates once and for all, or will our hero fail the quest and vanish forever? How the story unfolds is up to you; download the game now!

The most charming aspect of this game is the silky-smooth animations and breath-taking gameplay. All the game’s characters are just dark silhouettes, but the fighting movements are incredibly lifelike and resemble real martial arts. Throughout the game, the player needs to earn coins to upgrade equipment, weapons, skills, and magical abilities, and fights through six different worlds with six bosses. 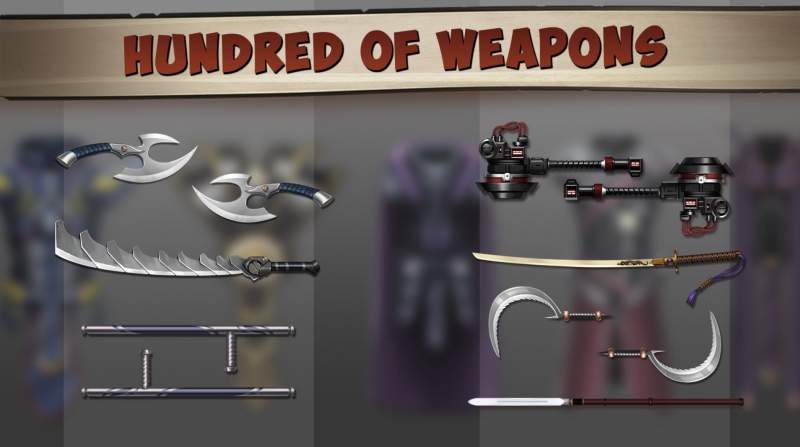 The only way to prove yourself as a true fighter is by mastering all the fighting mechanics and trust me, it is never an easy task. From simple movement like evading, to more complex ones like blocking and performing combos, the game requires you to put some real effort into it.

Another exciting feature is that your fighting style will change according to your weapon. Wielding a sword will require a slower and more elegant style, while double daggers need faster and more accurate movements. Your equipment can be changed and upgraded to match your preferences, whether it is offensive or defensive.

An RTG game could not be completed without a skill system. The talent tree is a significant feature that directly affects your fighting style. Every skill combination will result in a different strategy, so be cautious when choosing yours.

Playing game on your own could be tedious; why not join your friends on clan raids and base attacks? Create your guild, recruit teammates and start your conquest now! 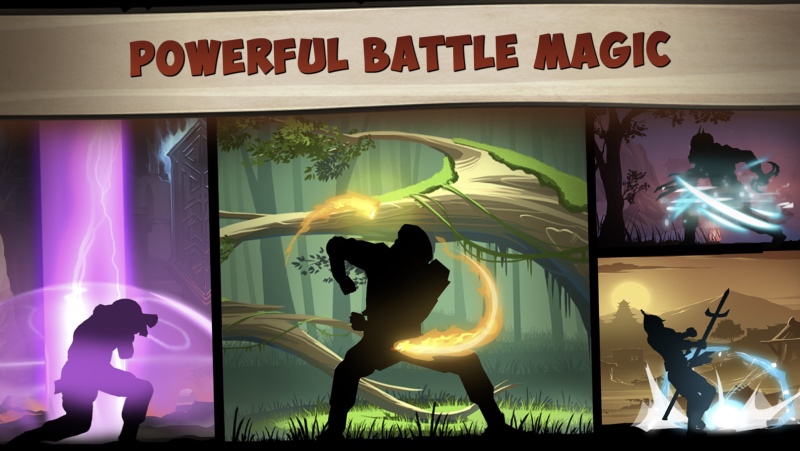 Despite being released more than 6 years ago, Shadow Fight 2 Special Edition apk still packs with incredible art. All the characters are rendered as silhouettes, standing against a variety of picturesque backdrops. The animation and maneuvers are simulated based on real-life warfare techniques. All the weapon movements are smooth and accurate as if they are recorded by real fighters. Very well animated, and very shady indeed.

With our Shadow Fight 2 Mod APK, grinding for coins is no longer your concern anymore. Our mod will unlock unlimited money, as well as gems for you to buy the strongest equipment and weapons, upgrade your character, level up your skill, and more. Download our Shadow Fight 2 Special Edition Mod Apk now!